Warsaw’s Old Town is the jewel in the Polish capital’s crown. It delights visitors with its colourful tenement houses and the unique atmosphere of its narrow streets. It is no wonder that it has been entered on the UNESCO World Heritage list! 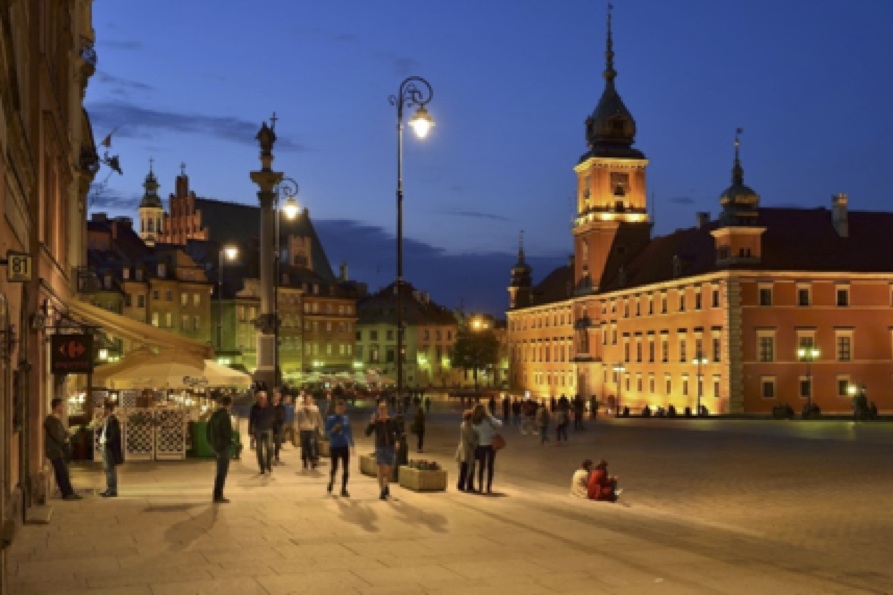 Be sure to visit the Royal Castle. It was there that the Constitution of 3 May was passed – the first in Europe and the second in the world. In the former home of Polish rulers, you will see the royal apartments, paintings by Rembrandt and canvases by Bernardo Bellotto, also known as Canaletto. 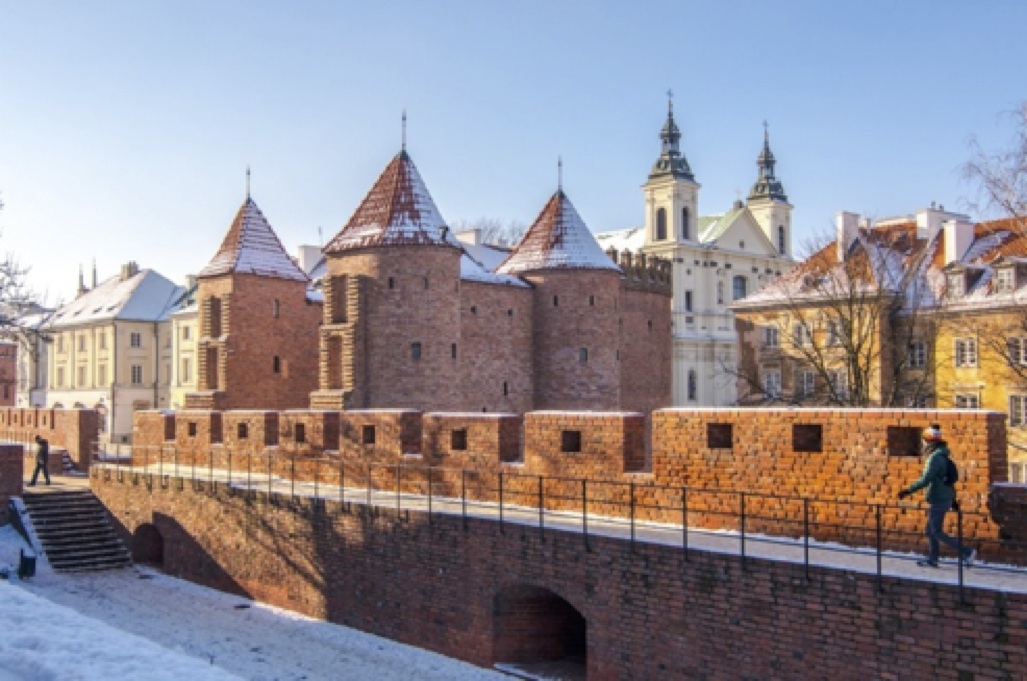 This vast park is a favourite place for Varsovians where they go for long walks amid beautiful nature and architecture to rest from the hustle and bustle of the city. At the heart of the park is the summer residence of the last king of Poland – Stanisław August Poniatowski. The name of the complex comes from the seventeenth-century bathhouse of a Polish nobleman, rebuilt in the 18th century into a palace. Here, in the Palace on the Island, King Stanisław August Poniatowski hosted his famous Thursday dinners, to which he invited scholars and poets to discuss the issues of the day. Today it is a museum where you can admire paintings from the royal collections. 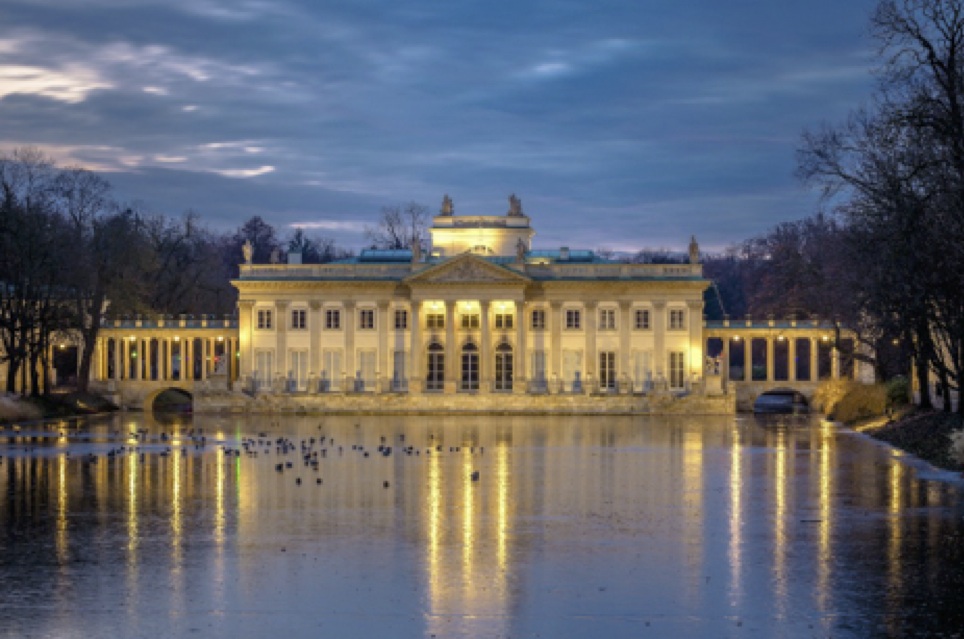 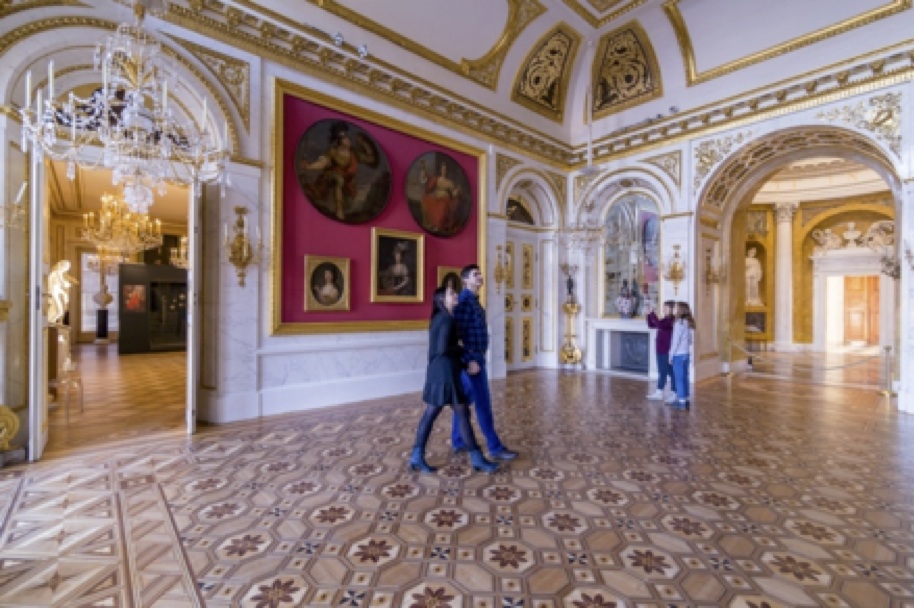 PALACE OF CULTURE AND SCIENCE

The highest and most recognisable building in Warsaw can be seen from almost every part of the capital. Where did it come from? It was opened in 1955 on the initiative of Joseph Stalin as a “gift of the Soviet people for the Poles”. Built by Russian workers, for a long time, it was considered to be a symbol of socialist power and the pride of People’s Poland – it was where conventions of the Polish United Workers’ Party took place. Since its very beginning, its monumental interiors have hosted numerous concerts, exhibitions, fairs and shows. 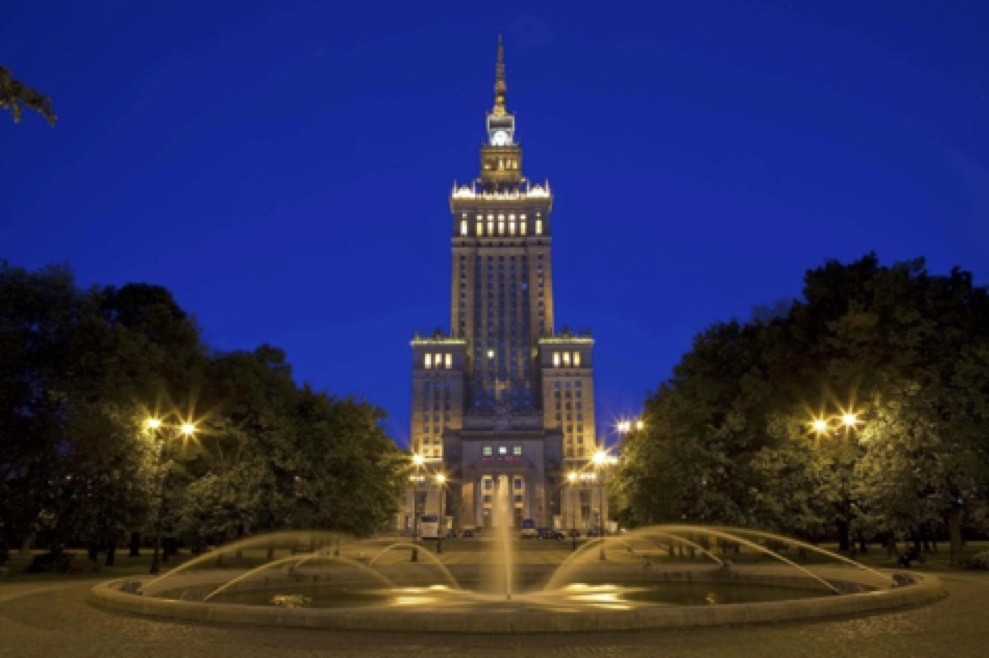 Currently, the palace is home to theatres, a cinema, museums, trendy pubs and the main Warsaw Tourist Information office. 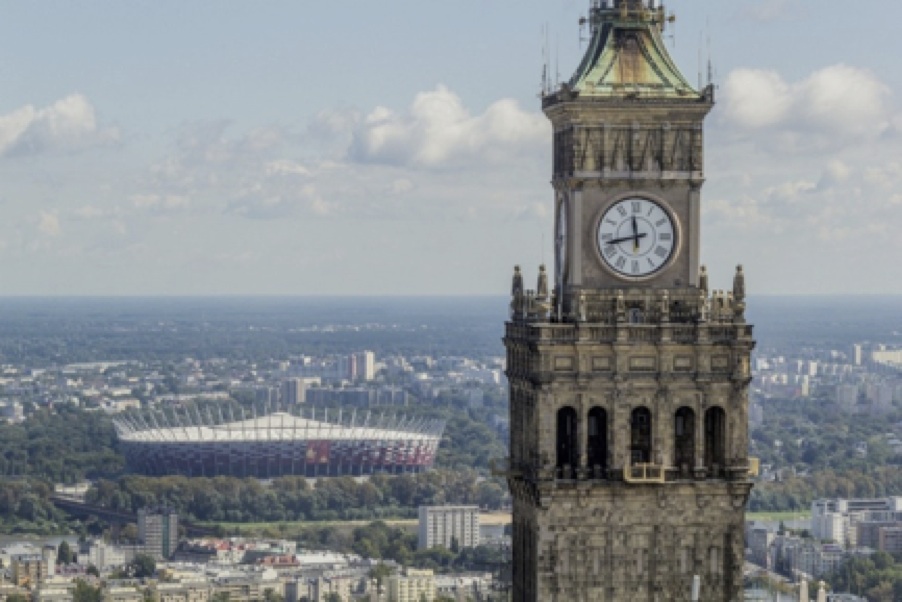 The museum houses a magnificent collection of over 830,000 exhibits from all periods, from antiquity to the present. Masterpieces of Polish and world art are presented in themed galleries. In the Faras Gallery you can see the largest collection of Nubian artefacts in Europe from the eighth to the fourteenth centuries, including a unique collection of wall paintings. They come from the flooded Christian cathedral at Faras in Sudan and depict divinities, dignitaries and saints. 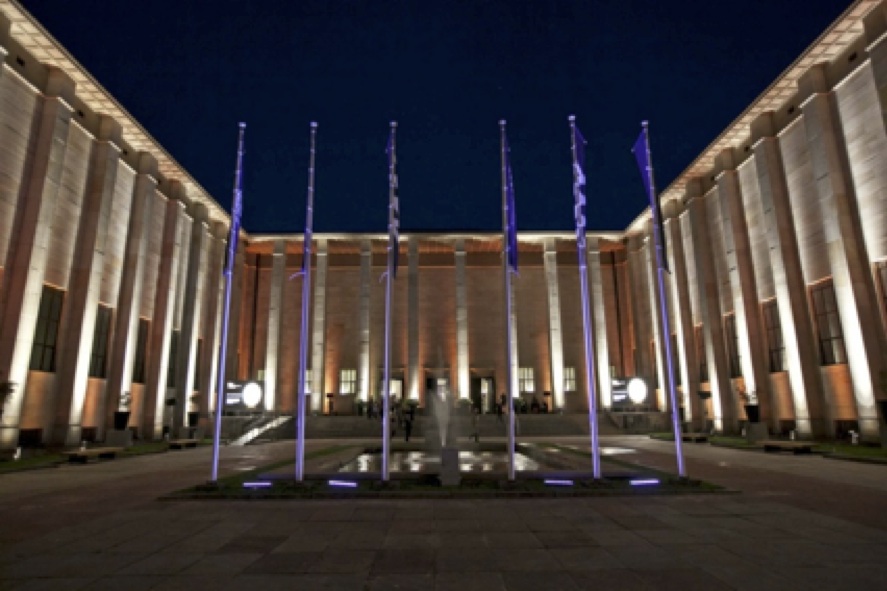 Authentic 15th-century altars from various regions of Poland, Gothic sculptures and paintings for private prayer houses can be seen in the Gallery of Medieval Art. 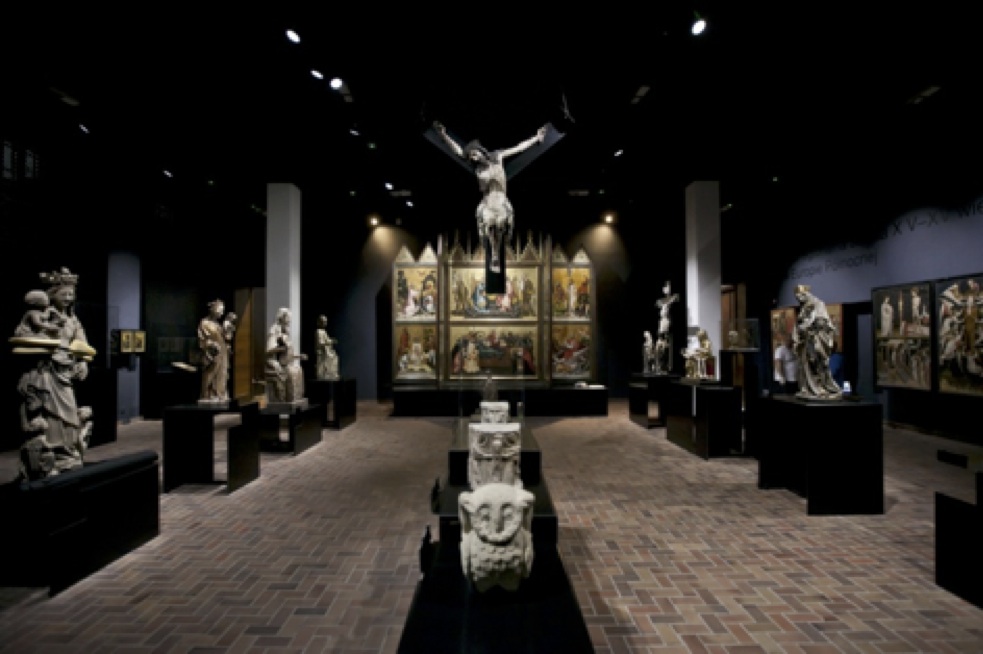 It is difficult to imagine a panorama of Warsaw without the Vistula – the river has had a huge impact on the development of the city, and today offers tourists and locals countless attractions. A kilometres-long riverside promenade is a great place for a walk, a bike ride, as well as a night of fun in one of the seasonal clubs operating here. Along the boulevards are gazebos with sun loungers, stone benches and seats made from tree branches. There is also a lookout point and a mini beach with wicker baskets. In such a place, there has to be a place for the symbol of the river and Warsaw – the Mermaid. Stop at the monument and take a photo. 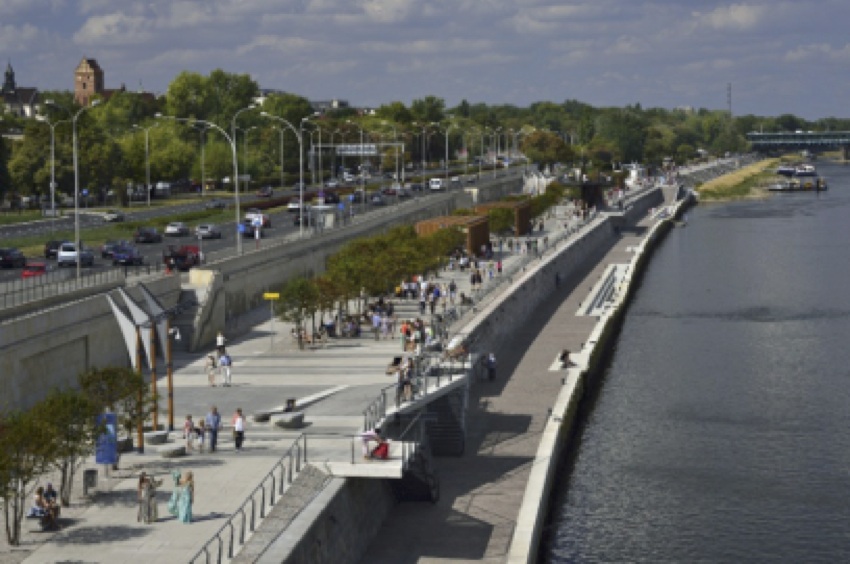 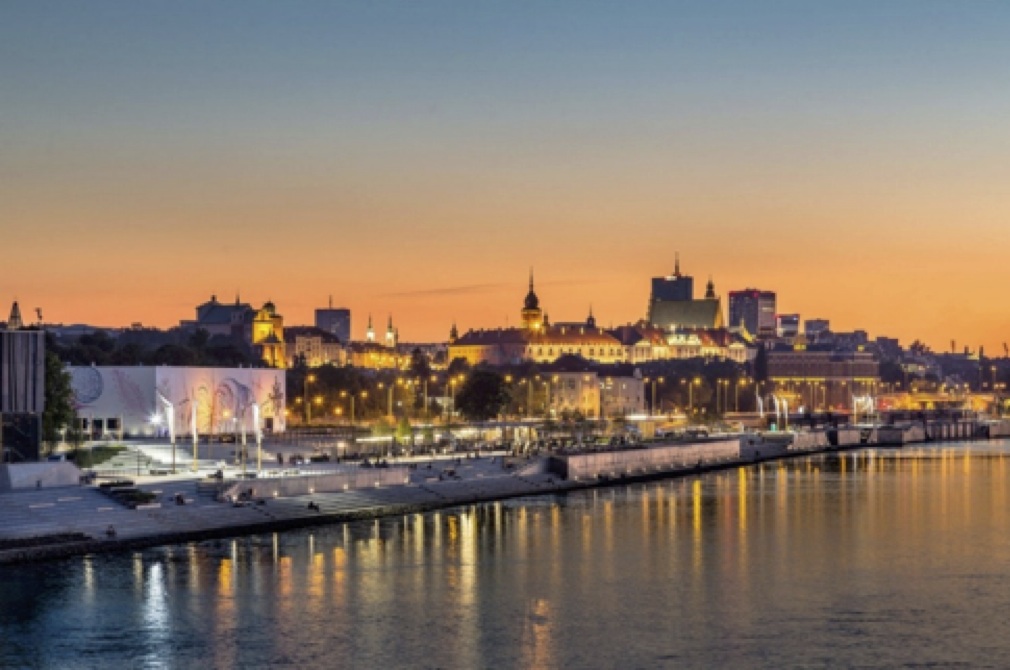 WHAT TO EAT IN WARSAW

Warsaw cuisine is like the city: diverse, multicultural, delectable and full of energy. Book a table at a Michelin-star restaurant or experience the atmosphere of the communist era in a so-called milk bar. Allow yourself to be seduced by local desserts like W-Z cake, zygmuntówka, or organic ice cream. Take a peek at a breakfast fair, sit on the grass, and celebrate food. Apart from the classic Polish specialities that we describe below, Warsaw restaurants have dishes from all corners of the world, as well as vegetarian and gluten-free cuisine.

Shopping centres, boutiques, flea markets and designer fashion festivals – Warsaw is a great place for shopping. Global brands as well as the collections of niche designers are available. It is also worth visiting Polish design workshops. If you are looking for a great deal, go to one of Warsaw’s outlet stores.

The night is still young and you feel like going out in the city? A whole array of places awaits you, such as the popular clubs at Plac Zbawiciela or the hot bars and clubs by the Vistula, where the nightlife gets going in the summertime. If you want to party, check out the party zone on Parkingowa, Nowogrodzka and Mazowiecka Streets. If you want to see the city’s skyline from a top floor, no problem. There are clubs with such panoramic views.